Confessions of an audio addict

It started innocently enough when I was in grad school. I had a 40-minute commute, and a friend gave me a tape. (Let the record show that I have never paid for audio.) I had heard of recorded books, but I thought they were only available to the visually impaired and had never listened to one. That first time, it was a collection of short stories. They seemed harmless. Little did I know. Sure, I got to school on time, but I was 20 minutes late for class because I was trapped, unable to break free of the narrative. I was an over-achieving nontraditional student who was always on time, if not early, to class. During those extra minutes in my car, I struggled mightily to liberate myself but had to shamefully admit that I was powerless in the face of the words that flowed so seductively from the speakers. After class, when the effects had worn off, I saw that no good could come of this new technology and that I must resolutely put it away from me. On my way home, I traveled in silence and swung by my friend’s house to give the tape back. I thought that this brush with audio would be it for me.

Fast forward a dozen years, and I was once again commuting to classes. (What can I say? I like school.) At first, I listened to the radio or played music on my two-hour round-trip drive. But my second semester found me enrolled simultaneously in both a young adult literature class and a children’s literature class. The reading lists were formidable. I had a family and a part-time job. There were not enough hours in the day. I turned to audio. Just to solve this one problem. Just to get me through this once. It would be irresponsible not to use the tools available and to waste all that drive time. Right? And I’d only do it in the car. OK, in the car and while gardening, because listening during my commute was still not enough to conquer my reading list.

By this time, CDs had replaced tapes. They were pretty easy to use in the car. Yes, there were some near-death experiences as I attempted to change a disc while making a left-hand turn that beat the oncoming truck traffic or dove into the passenger footwell to retrieve a disc that had eluded insertion into the narrow slot of the player as I passed someone on the highway. But these were infrequent occurrences that in no way put me off. Mostly I cruised along, feeling pleased with my multitasking. Indulging outside the car, however, was much less convenient. The “portable discman” was an awkward contraption and required careful rigging to keep it from regularly falling to the ground and smashing open. The limitations of the technology made it pretty easy to keep my audio use contained to only what I needed for school.

But those classes ended, and I still found myself drifting into the audio section of the library. At first, it was just to stock up for long drives. After all, as a newly minted librarian, I had an obligation to keep up with the new books and develop a deep bench of older titles as well. Right? And that week I spent painting my house? It would have been silly not to put my unoccupied ears to good use. I dragged out the boom box and listened to three Jane Austen novels. Literary classics, after all. Should I have spent those hours in the thrall of oldies radio, adding to my mental stockpile of terrible lyrics from the 1970s? (If you ever forget the words to “Muskrat Love” or “Billy Don’t Be a Hero,” I can hook you up.) Audio was making me a better professional and a more well-read person.

And I wasn’t just fooling myself. You only have to type “value of audiobooks” into your favorite search engine/tool of world domination, and you’ll find all kinds of information on the benefits of getting your literature through your ears, rather than your eyes. (I would cite some articles, but I really hate making bibliographies.) Audiobooks are a boon to students with text processing problems who, nonetheless, need to keep up with their peers in school. They demonstrate pronunciation. (I, myself, have finally learned how to say some of those Irish names with the weaponized spellings created to defeat the English invaders.) They model fluency. They help us learn new words in context. They are great for people who find being corralled at a desk or sitting in general to be intolerable. The only thing they don’t teach is spelling, which I always think is easy enough to look up – until I see people’s social media posts. Which all goes to say that, if used wisely and in moderation, audiobooks can be a force for good. If.

Where I am now, I blame smartphones. Smartphones and wireless earbuds. And downloadable audiobooks. Free downloadable audiobooks available 24/7 from my library. I blame them all for the fact that I am now so hooked on audiobooks that I have to remind myself to take out the earbuds and speak to my family. (Real people are mostly much less interesting than fictional ones.)  That I now go to bed with earbuds under my pillow so I can tune in when I wake up in the middle of the night and can’t get back to sleep. That I get uneasy if I’m near the end of a book and don’t have another downloaded and ready. That I have two sets of Bluetooth earbuds so I can charge one while using the other. That it’s no longer possible for me to do housework and gardening “unaided.” Such light, handy, convenient components add up to an unbeatable delivery system for my vice of choice.

My “audio problem” turns out to have some unexpected pros and cons. As a well-known person in a small town, I have been known to use my earbuds as a social shield to keep grocery store trips from stretching to three hours. It’s also pretty fun to taunt teenagers by standing there, all plugged in and ignoring them – touché! On the other hand, sometimes what I’m hearing can be very wrong for the situation. I had to pause Mary Roach’s Stiff, a fascinating and entertainingly written book about what happens to our bodies after death, when I came to a particularly disgusting passage during dinner prep. Then there was the time I was sitting in a very small and crowded waiting room when what I thought was a gentle Western Romance suddenly turned seriously smutty. Either those seemingly mild-mannered waiting people were unshockable or my volume was low enough because I was the only one in the room who was blushing.

Don’t get me wrong, I still read “real” books. A lot of them. But probably half of the titles I’ve enjoyed in the last five years have been audio. And there are some books that I won’t even consider reading on paper. I had the good fortune to meet David McCullough a few years ago and, starstruck as I was, could only blurt out, “I never read your books anymore.” Fortunately, I had the presence of mind to shakily add, “The audios are so much better.” He is one of the authors whose narration of their own work far surpasses the inner voice I create when reading to myself. David Sedaris is another writer I wouldn’t dream of confining to ink and paper. For me, his delivery is the magic ingredient that makes his stories so irresistibly funny and poignant.

Of course, not all audiobooks are created equal and some are not worth your time. If a reader isn’t what you had hoped, move on. There is plenty of great audio to choose from. So far this year, the sublime recordings of Circe and A Gentleman in Moscow have completely transported me into their worlds, to the point where I lost all track of time or what it was I was supposed to be doing. (Not driving, don’t worry. I have learned to choose my driving reads carefully.) Complex stories like Lincoln in the Bardo can be particularly well-served by multiple narrators adding their voices. And, sometimes, a reader becomes so closely associated with an author that it is hard for fans to imagine one without the other. Such was the case when Ralph Cosham, the voice of Louise Penny’s beloved Inspector Gamache, passed away. Fortunately, Ms. Penny and her team understood what was at stake and continued the series with the wonderful Robert Bathurst.

I suppose it would be possible for me to quit audio or even just cut back. I could choose specific times and tasks when audio would be allowed. I could go back to just listening in the car and the garden. Or I could establish a daily limit like I did with my kid’s screen time. These are some absolutely reasonable and responsible things to do. And I will seriously consider them sometime soon. But Michelle Obama’s Becoming just moved from my holds list to available, and I’ve been waiting a long time. Oh, and American Moonshot is waiting for me, and I’m still in the middle of Jodi Picolt’s A Spark of Light. So, I guess it will be a little while longer before I confront my audio demons. In the meantime, can you please pipe down? I’m trying to listen.

LISTEN TO A SAMPLE OF ONE OF MILLER’S FAVORITES
FROM THE PAST YEAR: 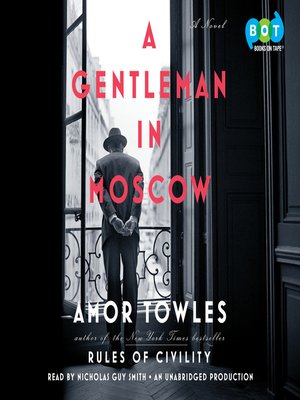 Annie Miller serves as the director of the Greenwich Free Library in western New York state. She holds two bachelors and two masters degrees but finds the skills she learned waiting tables to be most useful on a daily basis. Make sure you catch her eye if you want to say hello, she won’t hear you calling.

1 thought on “Confessions of an audio addict”