Four questions to ask yourself before writing a book 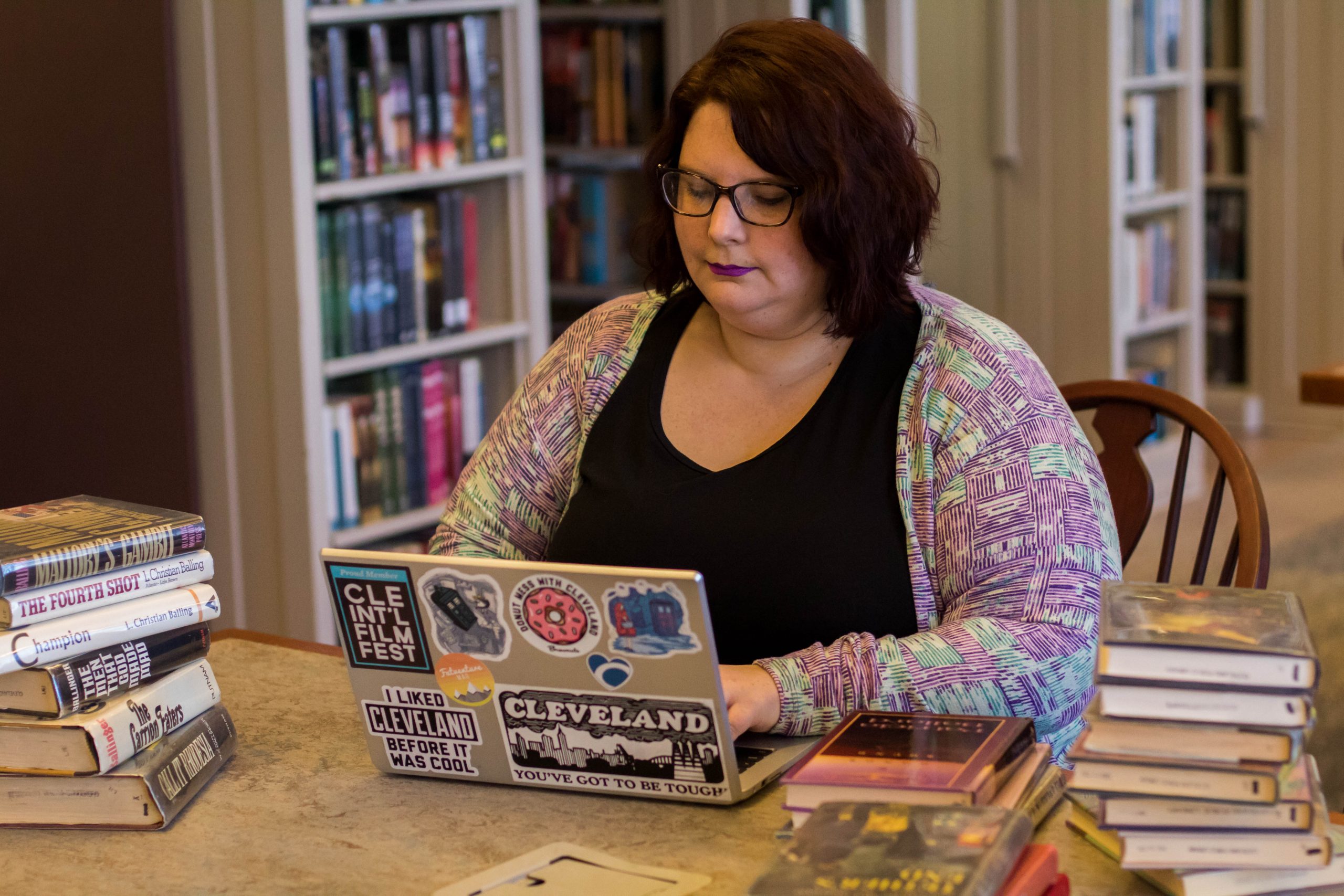 The author in her natural element at the Cleveland Public Library. Photo courtesy of Stephanie DeLacy

As a communications specialist for OverDrive, I tell people that I have the perfect job for me because it’s a wonderful marriage of my two passions: writing and librarianship. I graduated with my Bachelor of Fine Arts in creative writing in 2004 and my master’s in library and information science in 2008. I spent several years working in libraries before joining Team OverDrive. As part of the marketing department, I spend my days writing about and for libraries. It really is the best job.

Outside of work, I put my bachelor’s to use writing other things. I’ve traditionally published two memoirs and I am currently editing a novel. Even as someone who has written more than one book, sitting down to start writing an 80,000-word manuscript is always a daunting task. It’s also a very rewarding experience, and if you’re considering writing a book, I hope you go for it!

That said, there are some questions you should ask yourself. How you answer will determine the course of your writing and publication journey.

1) What story do you want to tell?

Asking “What story do you want to tell?” sounds like a simple question, but it’s a little bit like a Choose Your Own Adventure book because different stories lend themselves better to different audiences and genres. As the writer, you get to identify the best vehicle for the story you want to tell.

I write across multiple genres, which allows me to stretch my creative writing wings. My first two full-length books were memoirs, so I was pulling from my own life experiences. There wasn’t room to manipulate the truth because these things really happened and, in some instances, involved other people and verifiable facts. I could have taken either one and written a novel inspired by my experiences, but it was important for me that readers knew it was true, so I went the memoir route.

Four years ago, I sat down to write a novel. The two characters featured in the novel are ones I had tried to write in separate stories over the years, but nothing felt right. Finally, I realized they were meant to be in the same story, which is a romance novel that I’m currently editing for my literary agent. A contemporary romance was the best way to tell this story and explore these characters. 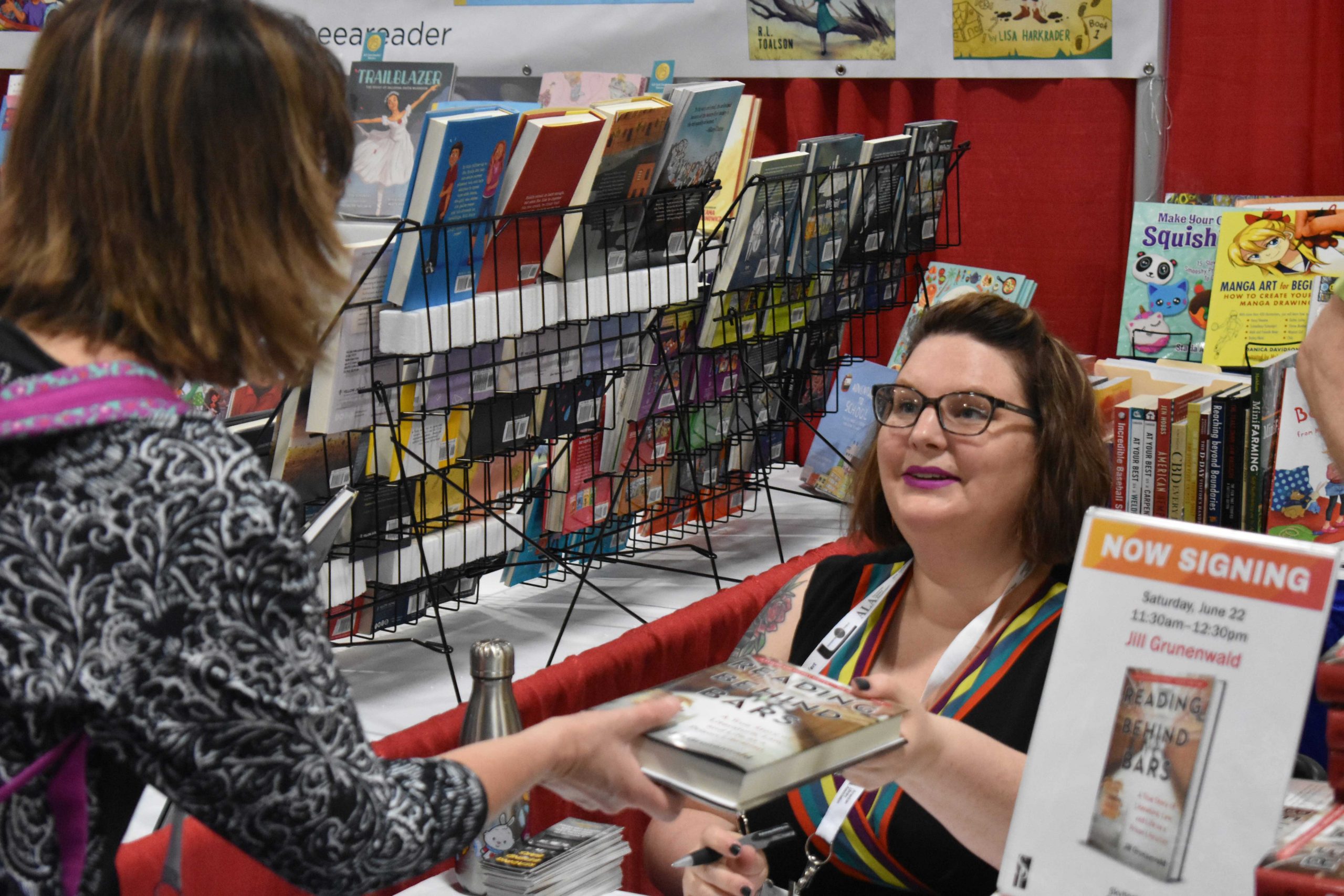 The author signing copies of her second memoir, Reading Behind Bars, at the 2019 American Library Association conference in Washington, D.C. Photo courtesy of Adam Sockel

2) Are you a plotter or a pantser?

In terms of writing a book, a plotter is someone who outlines the plot before they write a single word. How detailed the outline is varies from writer to writer. Some get very in-depth, with a paragraph or more for every chapter, while others have a general outline with the beats — the building blocks of a plot — known. When they start writing, they have a beginning, middle and end already decided.

A pantser is a writer who makes it up along the way. They fly by the seat of their pants, so to speak. Maybe they have the nugget of an idea or a “What if” question they want to explore. When they sit down to write, they do so without any map or guideline to follow.

Or you could be like me. I’m a plantser, meaning I pull a little from plotting and a little from pantsing. When writing my memoirs, the stories were already outlined in a way — I had lived it, so I was merely putting it into words and giving structure to these experiences. With my novel, I created everything out of thin air. This is fun but can also be challenging. While I’ve tried writing detailed outlines, I can never follow through on sticking to them – so eventually I just gave up on outlining.

Because I write romance, there is a bit of a roadmap I get to follow, which does help. Just like every murder mystery novel has certain familiar beats (discovering the body, interviewing the suspects, reveal of the killer), the romance genre also has certain conventions and expectations from readers. Following those conventions is generally the extent of my plotting. I know the beginning of my books and I know the end. How I get from Point A to Point Z is where the pantsing comes in because I quite literally make it up as I go along.

I love this hybrid method because I know the very high-level story I’m telling, but along the way I get surprises such as characters I never expected or subplots that excite me (and inspire other books). The tradeoff is that sometimes I have extra editing to do at the end because of inconsistencies that need to be corrected. If I outlined from the very beginning I could potentially avoid inconsistencies because everything would be plotted well in advance, but that’s just not how my brain works.

There is no right or wrong method here. If you’re not sure what type of writer you are, the best way to find out is by trying both and seeing which one works best for you.

The author finding a copy of her first memoir, Running with a Police Escort, at the Seattle Public Library while in town for the 2019 American Library Association Midwinter conference. Photo courtesy of the author

3) How will you define success?

For writers, success can come in many forms and there’s no one definition that is better than any other. Some writers just want to finish a full-length novel. Others want to be published and have a physical book to share with friends and family. Still others specifically want to publish with one of the Big 5 publishers (Penguin Random House, Simon & Schuster, Macmillan, HarperCollins and Hachette).

Part of choosing your definition of success means you also get to change it as time goes on. I wrote my first novel in high school. At the time, my goal was just to finish so I could say I wrote a book. To this day there is no greater feeling than getting to write “The End” when I finish a manuscript. As I got older and started setting my sights on publishing, my definition of success changed. My memoirs were published with a smaller publisher who accepted unsolicited submissions, meaning I was able to submit directly to them without an agent.

When I returned to my fiction-writing roots, I knew I wanted a literary agent. While publishing with a smaller publisher worked out, and I’m very proud of my memoirs, certain publishers won’t look at a book if the author doesn’t have an agent. I signed with my agent back in the fall, so once that goal was achieved my definition of success changed again. This time it’s looking toward bigger-name publishers (well, if I’m being perfectly honest, right now my definition of success is finishing this round of edits – but after that I’ll start worrying about the process of my agent submitting to publishers!).

Of all the questions on this list, the question of success is the most intimate and personal. The joy of this is that you get to define what success looks like and your choice is just as valid as any other. 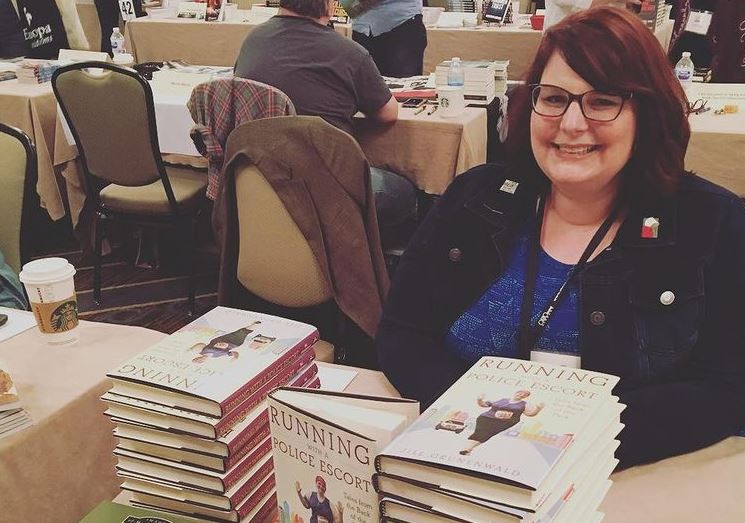 The author attended the 2018 Ohioana Book Festival to promote her first memoir, Running with a Police Escort. Her second memoir, Reading Behind Bars, was a finalist in the 2020 Ohioana Book Awards.

4) If success equals publishing, do you want to self-publish or go with a traditional publisher?

Let me be clear about one thing: Self-published books are just as real and published as other books, they just didn’t go through a traditional publishing house like I did. In 2021, self-publishing continues to gain traction among writers as an alternative to traditional publishing. There are pros and cons to each publication method, which is why this is probably the most important question you need to ask yourself.

Going with a traditional publishing house means having a built-in support system that handles everything on the production side: the layout, font choices, cover art, editing, distribution, press and public relations, etc. Traditional publishers also have the ability to get books in physical bookstores and book reviews in major publications. As a librarian, I know the importance of reviews in trade publications because many librarians will not add a book to their collection unless it has a review from a trusted source. That’s a big hurdle for self-published authors to overcome if they want their books in libraries.

That said, because publishing houses take on all the production costs, they get a bigger share of the profit when the book sells. This is where royalties come into play. For every book that sells, I get a small percentage of the profit, which is paid out twice a year. My publisher gets the rest. Self-publishing gives authors a much bigger piece of the pie, but they also have to do all of the work upfront or pay people to do it for them. That means possibly hiring someone to design the cover, paying someone to edit, etc. There is a substantially bigger financial risk for self-published authors, but because of that, they recoup more of the costs post-publication.

Like the definition of success, you get to decide which track to publication is the best fit for you.

Writing a book is a wonderful endeavor. It can be challenging and frustrating at times, but I have found it’s always worth it in the end. Whether you’re a brand new writer attempting your first novel or someone who has been in the trenches for years and wants to go back to basics, hopefully spending some time answering these questions will start you on the creative path toward writing a book!

Jill Grunenwald is a Staff Writer for Perspectives on Reading and Marketing Communications Specialist at OverDrive, where she serves as co-host of the Professional Book Nerds Podcast.